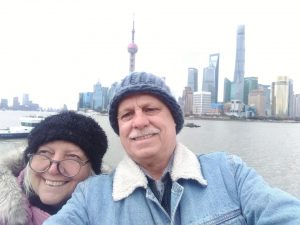 Most of my life I never thought of retirement as it was a future with very little substance, mainly the things made of dreams. I live in Australia, which is a pretty lucky country, and due to a seedy past I never thought I would actually make it to retirement.

Of course I saw all the glossy advertisements and movies, highlighting the good life, and the so called joyous existence however as I drew closer the picture changed.

Lots of people seemed to die shortly after retiring, others became ill and yet others seemed to fall into a pit of loneliness and depression.

Many however lived a long and enjoyable life and, surprise surprise, after interviewing a number of them it turns out it had very little to do with money.

As I grew closer and closer to retirement I had a number of health issues which made me reassess retirement again. A triple bypass and then prostate cancer can really mess up your thinking and life in general. Drop on top of that diabetes and the trip was complete.

I also started to realise that so many older people have little support with many in the hospital I was in not getting any visitors and going home to a single existence.

Over the time of writing this book I have met many different people in many different stages of retirement. Some contemplating an early retirement, some who have been retired for quite a while. The rich and the poor, the healthy and the sick, the positive and the negative.

I am hoping this book will be an inspiration to you to get the most out of your life both pre and post retirement. There is so much talk around the financial side of retirement however not quite so much on the logistics and life skills needed to navigate through the process.