Secret #50 Stay Inquisitive About the World Around You 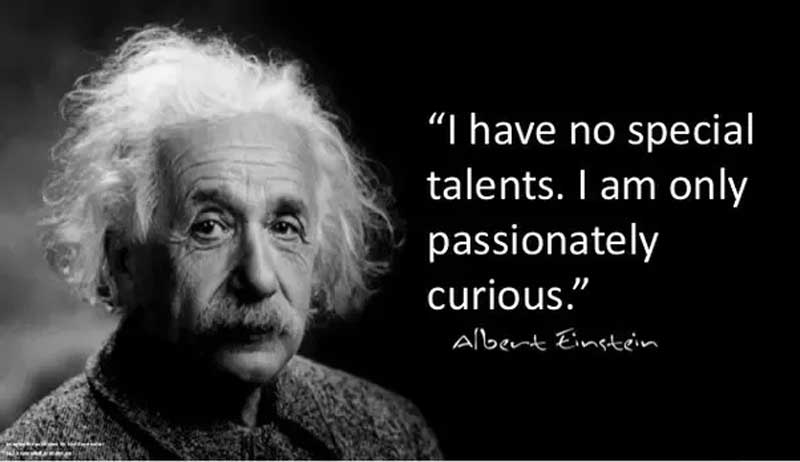 It’s easy to become isolated and fall into a rut after you retire. Keeping a curious mind will allow you to really enjoy learning how the world works.

There is a lot more in life than Sudoku.

Inquiring, by definition, means to investigate, to question.

It implies that there is some unknown waiting to be discovered, explored, and defined. Some new information, new knowledge that, once understood, will satisfy the curiosity of the seeker.

But curiosity in someone who is highly inquisitive is never really satisfied. Being inquisitive means you’re constantly hunting for answers to questions: What’s this? How does that work? Why did that happen? What can be learned from this?

Tough problems become intriguing puzzles to be solved. Learning about something new increases the chance of making novel connections when the same old solutions are falling flat.

It can be tempting to default to habitual ways of thinking and acting, but sameness in this context is not your friend. If you rely solely on the familiar, your solution and idea bank will likely keep shrinking as the environment around you gets more and more complex.

With a steady infusion of the fresh and new, that bank will become filled with scores of options and approaches for you to choose from.

Prime the curiosity pump To fuel curiosity, it helps to think creatively.

Creative thought processes do not follow the formal rules of logic—where one uses cause and effect to prove or solve something. Being creative means looking everywhere and every which way.

Find the exceptions and the outliers

Carve out dedicated time—study it deeply, look for parallels in other organizations and in remote areas totally outside your field. Practice picking out anomalies—unusual facts that don’t quite fit, like sales going down when they should have gone up. What do these odd things imply for strategy?

Or look for distant parallels.

Don’t fall into the mental trap of searching only in parallel organizations to your own because “only they would know.”

Back up and ask a broader question to aid in the search for solutions. When Motorola wanted to find out how to process orders more quickly, they went not to other electronics firms, but to Domino’s Pizza and FedEx.

If your response to this is that you don’t have the time, that also usually explains why you’re not having any fresh ideas.

When our young child got a bike many years ago I was confused because he spent much of his time playing with the box it came in. Later he did play with the bike.

The reason; I learnt later on, is because the box could be anything he wanted. A car, a plane, a cuby etc.

When do you get your best ideas? It was rarely at work!

Growing older does not mean that your mental abilities will necessarily be reduced. There’s a lot you can do to keep your mind sharp and alert. Researchers believe that many of the supposed age-related changes that affect the mind, such as memory loss, are actually lifestyle related. Just as muscles get flabby from sitting around and doing nothing, so does the brain.

A marked decline in mental abilities may be due to factors like prescription medications or disease. Older people are more likely to take a range of medications for chronic conditions than younger people. In some cases, a drug (or a combination of drugs) can affect mental abilities.

Certain diseases that are more common to old age, such as Alzheimer’s disease, can also be the underlying cause of declining mental abilities. It is worth checking with your doctor to make sure any cognitive changes, such as memory loss, aren’t associated with drugs or illness.

Age-related changes to the brain

Some of the normal age-related changes to the brain include:

The brain can adapt

A brain that gets smaller and lighter with age can still function as effectively as a younger brain. For example, an older brain can create new connections between neurones if given the opportunity. There is evidence to suggest that mental abilities are ‘shared’ by various parts of the brain so, as some neurones die, their roles are taken up by others.

Relentless Drive: How to Cultivate Grit and Thrive in the Face of Adversity.

‘Relentless Drive’ is the ultimate guide to help you achieve all your life goals and dreams despite all the problems and challenges life throws at you.

Relentless Drive is made up of tried and true techniques I have used from turning my ordinary life to extraordinary. It’s straightforward and very easy to follow.

You’ll discover proven strategies used by great and successful people from all walks of life who’ve used grit and resilience to conquer all adversities and win at life.

If you’re ready to gain the power and mindset to face your problems and challenges and turn them into endless opportunities.

Then you owe it to yourself and everyone around you to learn the timeless techniques shared in Relentless Drive: How to Cultivate Grit and Thrive in the Face of Adversity.